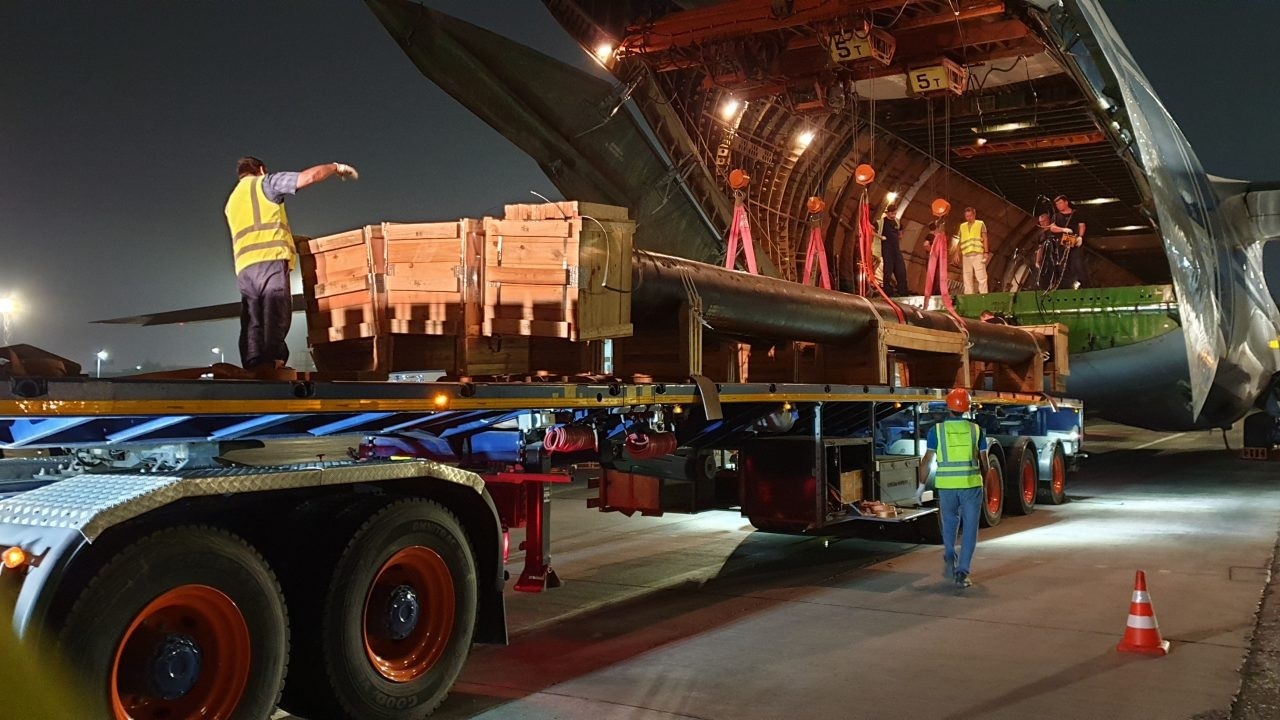 Cairo Airport: The Antonov AN-124-100 lands in the Egyptian capital on a warm summer night in August... 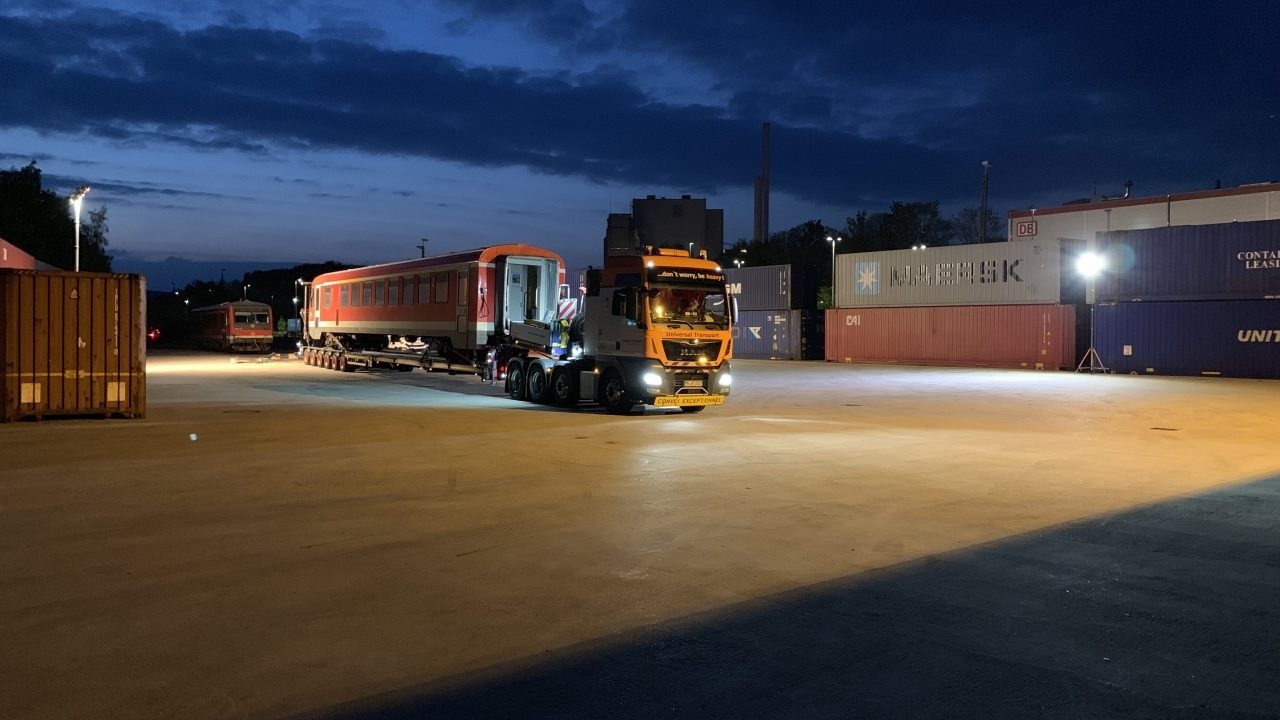 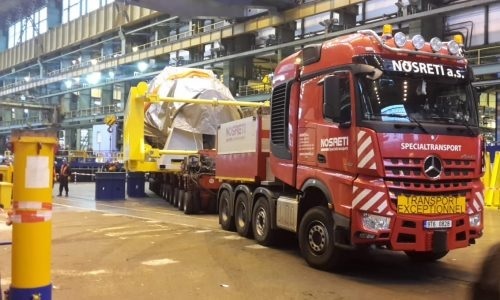 Universal Transport Czech Republic could finally take a turbine from the manufacturer in Pilsen to the port of Lovosice... 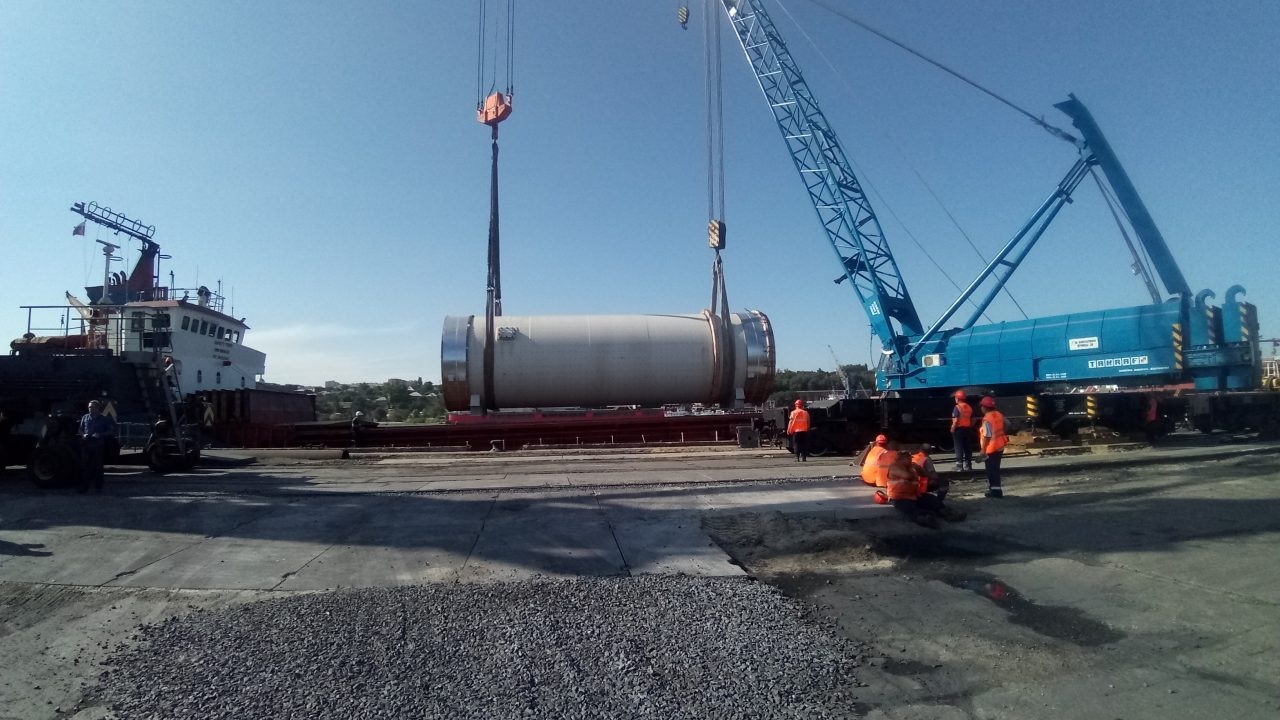 Chechenya, an autonomous republic of Russia located in the North Caucasus, has made headlines in recent years mainly due to...

A crane sets off on its travels: 170-ton transport from Brno to Ostrava

An overhead bridge crane with 360 tons lifting capacity is definitely a heavyweight. And on the road, such a heavy haulage is always... 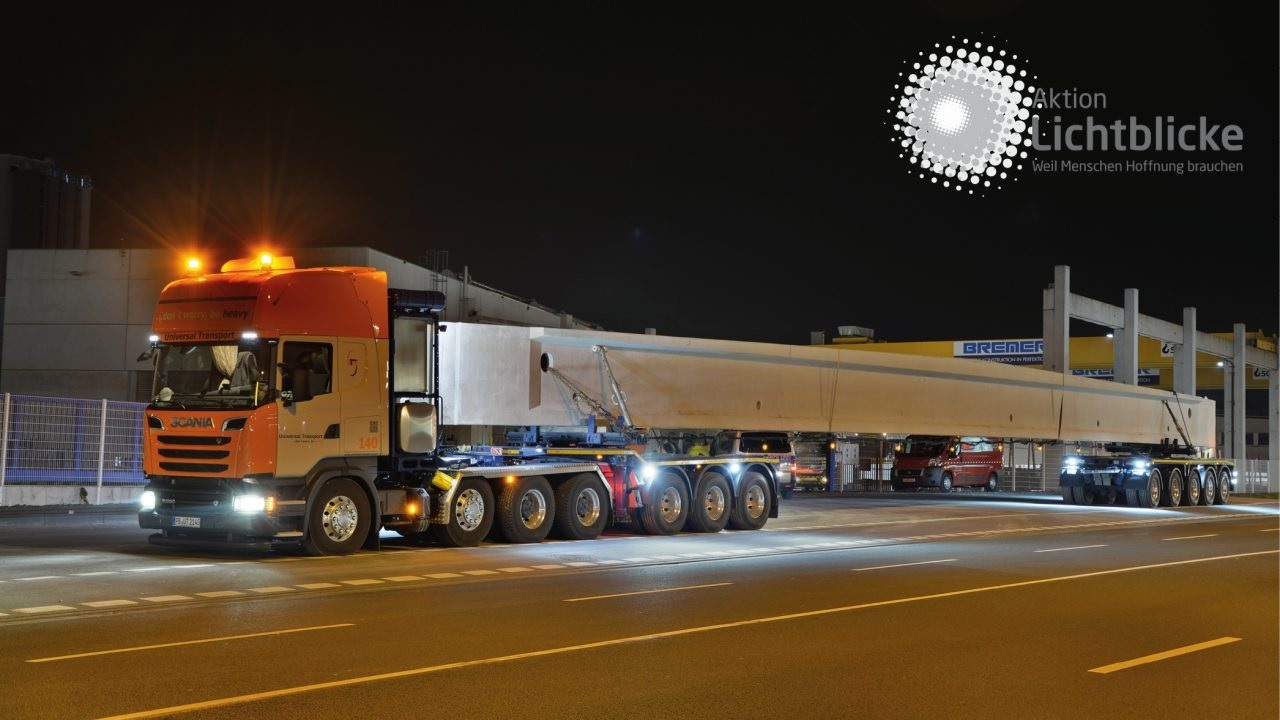 1000 Euro for a good cause: “Aktion Lichtblicke”

Being part, when loads of more than 100 tons and over 50 meters are brought to their destination with millimetre precision…

In addition to good planning and modern equipment, precise load securing is one of the most important... 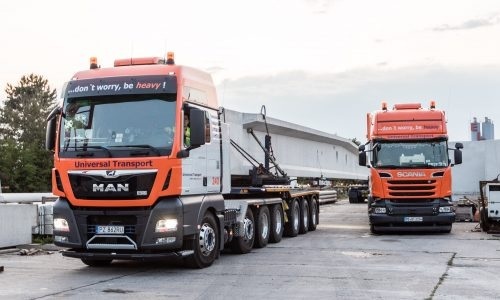 Nothing is impossible with Universal Transport. The handling of heavy goods...

How low can you go? - Universal Transport

Once again Universal Transport demonstrated how heavy cargo transports depend on expertise...

Due to increasing interest in the transport of special and oversized cargo by means of air transportation...

Universal Transport has expanded the area at its headquarters in Paderborn...

Heavy transport in the land of the pharaohs - Universal Transport

Not only in the ancient Egypt heavy loads had to be transported over long distances and rough terrain...

Do You know that

Transport in the definition in economics means realizing transport tasks for payment, which effect is to be transport of materials and people and providing accessory services, that are connected with the transport. Transport services and transport contribute to effective and efficient work of all branches of national industry. Together with social and economic growth of specified areas and countries transport states the cell that enhances economic development of the specific country. To the basic tasks of transport as the element creating the national income belong: shaping the spatial order in economy, realization of trading, influencing the dynamics of development of production of various transactions. Since every business is preceded by transport activity, e.g. Delivery of materials, raw materials and at the same time causing defined side effects, that is products or wastes removal, etc. Poland has got well developed transportation system, and transport has become one of the most important branches of polish economy. Polish transport companies are the one that besides their own transport within the country run mostly international transportation, especially transit towards south-north and east-west and opposite.

Specialised transport is another term for oversized transport. But while the definition of oversized transport tells us about the dimensions of transported cargo, specialised transport is the carriage of high-volume load via the previously selected optimum route, avoiding various sorts of obstacles on the roads. Foreign, as well as Polish transport companies handling that type of carriage must hold appropriate special permits, which - if necessary - allow them to use i.e.: police escort, pilot services, disassembly services of street lamps or traffic lights, etc.

ADR transport is also referred to as the transport of toxic and dangerous materials, and it includes primarily the carriage of liquid, caustic and dry goods, such as: fuels, gases and transport of various types of hazardous waste, even radioactive waste. One should remember though that dangerous goods are also such materials and items, which carriage, in accordance with applicable laws, is prohibited or allowed only upon conditions determined in ADR provisions. ADR is a European agreement regarding international road transport of dangerous goods.

Vehicle transport is one of transport types, based on carriage of goods and individuals with the use of various vehicle kinds. The advantage of this transport type is the possibility to bring the passenger or re-locate the load directly to the destination. The major disadvantage of vehicle transport in Poland is its power-consuming feature, that is prices of fuels and depreciation of the vehicle itself, as well as detrimental influence on environment. It is becoming easier for the reason of well developed and still growing system of roads.

Air transport's characteristic feature is its capacity to carry relatively small batches of products of a specific natural, technical and economic susceptibility. There are however two positive aspects of air transport, which support its use: firstly, it is offering the best performance in time, especially on long distances. Secondly, safety of cargo carriage is very high, which is particularly important in case of products sensitive to such conditions as the transport duration, humidity or shocks. We can distinguish two types of air transport: cargo transport and passenger transport. In Poland it is necessary to use transfer services to and from airports, for the reason of a relatively low number of operating airports.

Sea transport is the capacity to handle mass carriage of cargo of the widest transport susceptibility by water ways. This type of transport is characterised with a relatively low carriage cost, however the time needed for delivery of cargo to the recipient is extended, and it is also necessary to use other, additional kinds of transport to make the shipment reach its appointed destination. We distinguish: container sea transport, cargo sea transport and passenger sea transport. For the reason of its geographical location and access to the Baltic Sea Poland is very frequently using this kind of transport.

Railways and railway transport are a type of in-land transport, which route is determined by rail roads. It is a characteristic feature of this transport, because carriages used in this transport variation can drive only along the designated track. Railway transport is used both for the carriage of individuals (passenger transport, including: international railways, national, inter-regional and suburban railways), as well as goods (the so-called cargo railway transport). Polish railway system is very well developed and it is to a large extent used for cargo transport.